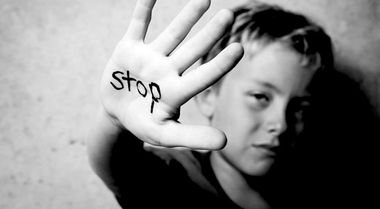 October is Bullying Prevention Month, so let’s break the silence surrounding all types of physical abuse. Let’s speak about the negative ramifications of childhood abuse, and talk openly about the repercussions.

Specifically, today we’ll clarify the powerful connection between physical abuse and trauma and addiction. We’ll talk about what physical abuse is, how it is linked to addiction, and what people can do in order to heal fully.

What Is Physical Abuse?

Physical abuse is defined on Wikipedia as “any intentional act causing injury or trauma to another person or animal by way of bodily contact.”

According to The Child Welfare Information Gateway at ChildWelfare.gov, child abuse is defined as “any nonaccidental physical injury to the child”, including striking, kicking, burning, or biting the child.

In most states, the definition of physical abuse also encompasses “acts or circumstances that threaten the child with harm or create a substantial risk of harm.” Neglect – the failure of a responsible adult to provide for the child’s needs – is also a type of abuse categorized by the absence of action.

Statistics on Physical Abuse and Addiction Research has established a strong connection between physical abuse — particularly childhood abuse — and addiction.

Five out of the 10 total questions in the ACE survey center on bodily harm, so people with high scores are extremely likely to have a history of physical abuse.

As Neil Swan writes in Exploring the Role of Child Abuse in Later Drug Abuse:

“As many as two-thirds of all people in treatment for drug abuse report that they were physically, sexually, or emotionally abused during childhood, research shows.”

How Childhood Physical Abuse Can Lead to Addiction

While enduring physical abuse at any age can be devastating, childhood physical abuse tends to be particularly harmful because children’s brains aren’t fully formed.

As such, children must create stories to make sense of the deeply painful abuse experiences. Too often, those stories boil down to, “It’s all my fault.”

Why? Because the idea of true helplessness – total dependence on an unreliable, hurtful parent or authority figure – is too hard to bear. Being the one at fault allows children to cling to a small semblance of control.

However, the hurtfulness of the painful story — “It’s all my fault” — only increases over time. As people repeat this subconscious story day in and day out, the mental and emotional pain builds, prompting them to use drugs and numb out.

When people don’t know how to work with that original trauma, they’re much more likely to abuse substances. Addictions begin when people try to manage their mental and emotional pain with drugs rather than with self-compassion. We call this an underlying core issue.

To fully address this trauma, it’s important to locate the original hurt and work with it in a safe setting.

It’s Not Your Fault

A classic scene in the movie Good Will Hunting demonstrates the power of connecting with a safe person and rewriting a painful belief related to childhood physical abuse. (The scene is Hollywood-style dramatic, but it’s still illustrative.)

That knee-jerk “I know” is Will’s conscious mind speaking. Intellectually, he understands that of course the abuse he endured wasn’t his fault. Emotionally, however, he’s trapped by the pain of his past. He’s defensive, walled-off, unwilling to feel. On a subconscious level, he believes, “It was all my fault.”

Will gets angry, but then his anger quickly dissolves into tears. His control breaks, and – after many weeks of building trust with Sean – Will allows himself to feel the pain of his past. This is a turning point in his life.

Will’s story is not uncommon.

If you’ve been struggling with substance abuse and the pain of past bullying or physical abuse, it’s time for your turning point.

It’s time to know what you know and feel what you feel.

It’s time to work with your past, and thereby free up your future.