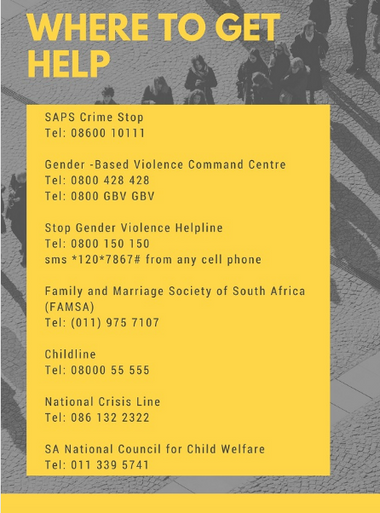 Child Protection week runs from 27 May to 3 June under the theme: “Let us protect all children to move South Africa forward.”

Social Development Minister Susan Shabangu kicked off Child Protection Week by putting the spotlight on issues facing young South Africans under the age of 18. She spoke of the effects of social media on children and combating sexual abuse.

National Child Protection Week is marked annually to raise awareness for the rights of children. It aims to mobilise all sectors of society to care for and protect children.

Children’s Rights and the Constitution The Bill of Rights in the Constitution specifically states that every child has the right to be protected from maltreatment, neglect, abuse or degradation. South Africa has also drafted legislation to protect children based on the United Nations Convention of the Rights of the Child, and the African Charter on the Rights and Welfare of the Child.

Protections are further reinforced through the Children’s Act, which emphasises the State’s role in the provision of social services to strengthen the capacity of families and communities to care for and protect children.

The Child Justice Act (Act No. 75 of 2008) establishes a separate criminal justice system for children who have come in conflict with the law. The Sexual Offences and Related Matters Amendment Act (Act No. 32 of 2007) includes a wide range of crimes that commonly occur against children. The Prevention and Combating of Trafficking in Persons Act (Act 7 of 2013), deals with the global phenomena of child trafficking.

However, despite these and other protections, many children still remain vulnerable to abuse, neglect and exploitation. In a statement, the government called on all South Africans to protect children:

“As a society we have a duty to do more to ensure that the most vulnerable in our society do not suffer abuse. It is in our hands to stop the cycle of neglect, abuse, violence and exploitation of children. By working together we can create safer and healthier communities so that our children can thrive. Government calls on all South Africans to support Child Protection Week by wearing a green ribbon.”

What is abuse? Abuse constitutes any behaviour that causes fear, bodily harm and forces a person to do things against their will. Forms of abuse include child abuse, rape, emotional abuse, physical abuse, sexual harassment and financial abuse.