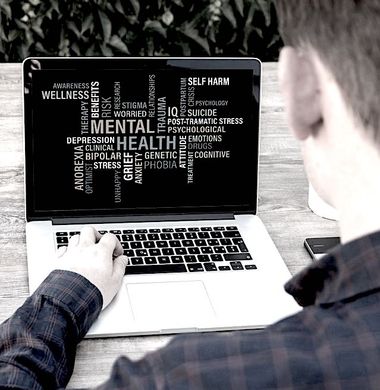 Parenting is tough, the pay is horrible, and you basically get one shot at doing it right. And that was before some genius invented the smartphone. That little go-everywhere, always-connected device makes raising kids even more challenging.

While parenting is not for sissies, consider what it must be like to be a teen today. Your young brain is all wired and ready to test boundaries, connect with peers, and make poor decisions without a care for long-term consequences—and you’ve got that very same smartphone in your possession. It almost seems unfair. Any kid who can survive modern adolescence without suffering a digital mishap should win an Olympic medal.

Is The Massive Pressure of Constant Connectivity Getting To Our Kids?

A new study in the Journal of Abnormal Psychology asserts that teen depression increased more than 60% between 2009 and 2017. For children ages 12 to 13, depression rates increased by 47%. Researchers noted the same upward trend in suicides, attempted suicides, and serious psychological distress amongst youth too. While unable to clearly pinpoint the cause of this adolescent distress, in their summary the study’s authors call for “more research to understand the role of factors such as technology and digital media use.”

It’s easy to blame adolescent angst on technology. After all, the suddenness of technology's sheer ubiquity makes it the obvious culprit. But isn't it also possible that technology just amplifies all of the world’s other problems—like climate change, gun violence, the difficulty of getting into college, and more? Plus, technology provides youth a place to escape from these problems and to commiserate with peers. It’s complex and there’s still a lot we don’t know.

While writing a book about digital parenting, I turned to over 30 experts to get their advice on everything from screen time and sexting to cyberbullying and digital reputation management. While their responses were wide-ranging, experts did converge on three broad topics of concern.

Nearly every expert told me if they could grant kids just one digital superpower it would be empathy. Empathy is the ability to put oneself in another’s shoes. It encompasses perspective taking, and it allows one to feel what another is feeling. Educational psychologist Michele Borba, author of UnSelfie: Why Empathetic Kids Succeed in Our All-About-Me World, says empathy is “the cornerstone for becoming a happy, well-adjusted, successful adult. It makes our children more likable, more employable, more resilient, better leaders, more conscience-driven, and increases their lifespans.”

Unfortunately, between 1979 and 2009, American college students’ scores on two measures of empathy plummeted a whopping 40%, with the steepest decline occurring from 2000 onward.

This “empathy dip” is particularly concerning when it comes to connected kids because, as Internet safety expert Richard Guerry explains, "they should be able to let loose and be human and not have to worry about someone else taking a picture or filming them and then posting that somewhere.”

Guerry, who is the founder of the Institute for Responsible Online and Cellphone Communication (IROC2), says kids need empathy for one another when they use technology because they hold power over their own reputations as well as the reputations of their friends—and the long-term consequences of a poor online reputation can be devasting.

Empathy is also the antidote to cyberbullying because it can curb it before it starts. Shelley Kelley, Educational Director at Journey School in Aliso Viejo, CA, told me their cyberbullying prevention strategy basically centers around rich stories that employ empathy as a theme. These include tales about heroes, honorable people, role models, and other real-life upstanders. Sameer Hinduja and Justin Patchin, directors of the Cyberbullying Research Center, are fans of stories, too. As Hinduja explains, stories “cultivate empathy among youth to make sure they can emotionally understand the harm they can inflict with some of their actions online.” Empathy-building books they recommend include: El Deafo, Wonder, Same Sun Here, Inside Out and Back Again, Night (by Elie Wiesel), Where the Red Fern Grows, and Out of My Mind.

Sue Scheff, author of Shame Nation: Choosing Kindness and Compassion in an Age of Cruelty and Trolling, suggests that “the moment children open a first social media account they should be told to be “thoughtful, kind, and caring… and to remember to post with empathy for others.”

“Sexting,” sending and/or receiving sexually-explicit or sexually-suggestive messages online, came up again and again as one of the most concerning—and fastest growing—technological problems of today’s youth. In early 2018, a comprehensive study on teen sexting published in the Journal of the American Medical Association (JAMA) revealed that roughly 15% of kids between 11 and 17 years of age send sexts and 28% receive them.

“What you have here is a perfect storm of budding sexuality combined with a child’s first freedom on their own technological device,” says Dr. Michele Drouin, an expert on technology and relationships. “On top of all that, this budding sexuality happens well before the prefrontal cortex—the part of the brain responsible for impulse control—is fully developed.”

What concerns the experts I spoke with, including Drouin, was how very few kids (and adults, for that matter) understand, or even know about, the severe consequences of getting caught exchanging such messages. The sending or receiving of “sexts” between people under the age of 18, even between two teenagers in a relationship, is illegal in most states. In California, for example, “individuals who distribute, possess, or produce a sexually explicit image of a minor could be charged under the State’s child pornography statutes. If the individual is tried as an adult and is convicted, they could receive up to six years in jail and will generally be required to register as a sex offender.”

This, according to experts, is where the problem lies. Schools and parents are failing to educate youth on what could happen if they, or a friend, get caught sexting. Schools are largely unaware of how to handle a sexting incident. And many parents don’t know that, in many states, the possession of sexually explicit material portraying minors falls under existing child pornography laws.

Experts were united on this one. Kids need help. “What really gets me is how deeply kids are craving help, and knowledge, and direction when it comes to all this stuff,” says Liz Repking, founder of Cybersafety Consulting. “They are craving it so, so deeply. We have to give these kids the help they need.”

Parents, of course, are in the best position to provide help. “But here’s the problem,” says Michele Ciulla Lipkin, Executive Director of the National Association for Media Literacy Education (NAMLE), “parents are really worried and overwhelmed themselves.”

“I’ve had parents moved to tears because all they do is fight with their kids about media. Then when I talk to the kids, I can’t believe how nervous they are about digital life, all because their parents are petrified. It really doesn’t have to be this hard,” says Ciulla Lipkin.

“Parents have to open up a dialogue about these issues in their communities and find support. Parents and schools have to work together, because we no longer live in a world where we can separate home and school. Administrators must support teachers getting professional development, because teachers have to understand these issues, too. We all have to ask if we are having these conversations in our communities.”

If kids don’t get the help they need, from their parents and their schools, then those rising depression rates may be our fault. Not technology's.