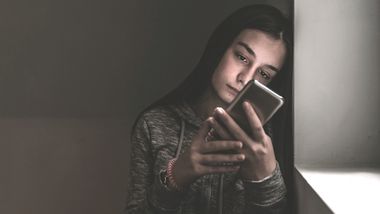 Teenage Depression Facts: All You Need to Know - Psych Central 27 May 2021

Your teen years are full of significant changes. Physically, mentally, and socially — your brain, body, and environment are going through a major evolution.

You might feel bogged down from the demands of high school and college assignments piling up. Or you may feel sadness about transitioning to a more independent and unfamiliar life. Throw in a worldwide pandemic, and it’s no surprise that uneasy feelings are on the rise, as shown by recent teen depression statistics and research.

These changes can easily become overwhelming. Understandably, you might shut down, become irritable, or lose interest in the activities that previously made you light up.

While these responses are valid and usual, depression is a condition that’s much more serious than fleeting teen moodiness.

If negative emotions are keeping keep you from functioning like you usually do, or you’ve experienced a sense of hopelessness for more than 2 weeks, you might want to consider treatment for depression.

1. It’s more common than you might think Everyone goes through a rough patch or feels listless on occasion. But major depression is a leading cause of disability in the United States, and teens are becoming the most likely group to screen for symptoms of this mental health condition.

Data from the 2016 National Survey of Children’s Health showed that 3.2% of children ages 3 to 17 had a depression diagnosis. The frequency of depression diagnosis tends to increase as children enter their teen years. Around 3.2 million teens ages 12 to 17 had one major depressive episode in 2017. According to a 2021 Mental Health America (MHA) report, severe major depression has increased in youth to 9.7%. This is an increase from 9.2% in 2020. The 2021 MHA report also states that youth ages 11 to 17 were the most likely age group to score in the moderate-to-severe depression categories when screened for mental health conditions.

2. Depression rates are higher in females and gender minority teens While depression can affect teens of any sex and gender identity, a study published by the JAMA NetworkTrusted Source found that by 15 years old, females were twice as likely to have experienced episodic depression than males.

When comparing male and female depression rates, depression continues to present at a higher rate in females than males from the teen years into adulthood.

Also, according to the National Institute of Mental Health, risk factors leading to depression are highest among adolescents and young adults who identify with a gender minority, such as transgender, genderqueer, and nonbinary.

3. Teens with two or more racial or ethnic identities report the highest rates of depression Your teen years are often called the “coming-of-age” era for a reason. You’re discovering, questioning, and deciding many aspects of your identity, including what your cultural, racial, and ethnic identity means in your life.

This, coupled with societal pressures and prejudices, can reasonably leave you feeling stressed and emotionally shaken up.

Teens ages 12 to 17 years old with more than one racial identity are the most at-risk racial or ethnic group to report a major depressive episode, according to data published by Substance Abuse and Mental Health Services in 2017.

4. LGBTQ+ teens are at greater risk for depression Recent research shows that sexual identity can impact rates of depression among teens. The Centers for Disease Control and Prevention (CDC)Trusted Source reports that lesbian, gay, and bisexual youth are at a higher risk for depression, suicide, and substance use.

But factors like supportive parents and an accepting atmosphere at school can also decrease the risk of depression in LGBTQ+ adolescents.

5. Most teens with depression are not receiving treatment Depression is not a weakness, and you should never feel ashamed of a depression diagnosis. While major depression is a widespread mental health condition, it still requires attention and professional treatment.

You may be tempted to ignore your negative feelings and symptoms associated with depression, but a consistent treatment plan is vital for depression management.

Left untreated, depression has a higher chance of recurring throughout your lifetime.

6. COVID has increased depression and uncertainty in teens As if the normal stressors and changes happening during your teen years weren’t enough, for many, the pandemic has upended any remaining sense of normalcy and routine as well.

Quarantine, loss of social interactions, illness, fear of illness, the loss of loved ones, and financial distress are only some of the compounding and life-altering stressors that teens have faced since March 2020.

These changes have had a lasting physical and psychological impact on U.S. society. According to teen depression statistics in the Stress in America 2020 survey, Generation Z teens and young adults ages 13 to 23 years old have reported increased uncertainty and depression symptoms.

For all ages, loneliness and isolation trended as the top reason for uncertainty and mental health conditions during the pandemic.

7. There’s no single cause of depression Depression often brings deeply negative or apathetic feelings, but it’s important to remember that these emotions do not reflect any character flaws.

In fact, depression often stems from events outside of your control, such as:

8. There are many types of depression If you feel depressed, it does not automatically mean you have a depressive disorder. Depression may be a symptom of another physical or psychological medical condition.

Depression could also be a natural response to a major stressor and does not indicate that you’ll need to prepare to live with recurring depression.

Some types of depression include:

Treatment for depression When you’re already managing the challenging emotions associated with depression, acknowledging the condition and opening up to someone can feel difficult. But overcoming this hurdle is the first task to getting proper treatment.

Let a parent or guardian know about the depression symptoms you’ve been experiencing so you can ultimately get an appointment with a medical professional.

A doctor can talk with you about medical conditions that mimic depressive symptoms or refer you to a psychologist, psychiatrist, counselor, or therapist to help with a depressive disorder.

Treatment for depression might include psychotherapy, medications, or a combination of the two, depending on what works best for you.

Want to know more? You can read all about treatments for depression here.

Next steps If you’re having trouble finding the right words to communicate your symptoms, try taking a screening tool, such as this one on the Mental Health America website, or contact SADAG.

A screening tool will help you personally evaluate the severity of your symptoms and provide the terminology to describe your symptoms to a parent or medical professional.

Remember, depression is extremely common and becoming more widespread as the pandemic shakes up our society’s usual structure. But you don’t have to live with depression symptoms without support. Reaching out to an adult for assistance with depression during your teen years can reap a lifetime of benefit.

Medically reviewed by Nicole Washington, DO, MPH — Written by Madelyn Brown on May 9, 2021